Let's Do This!
Every team member at Lisa Burridge & Associates is a hand-picked expert and stands ready to help you set your new home dreams into motion.
AGENT BIO 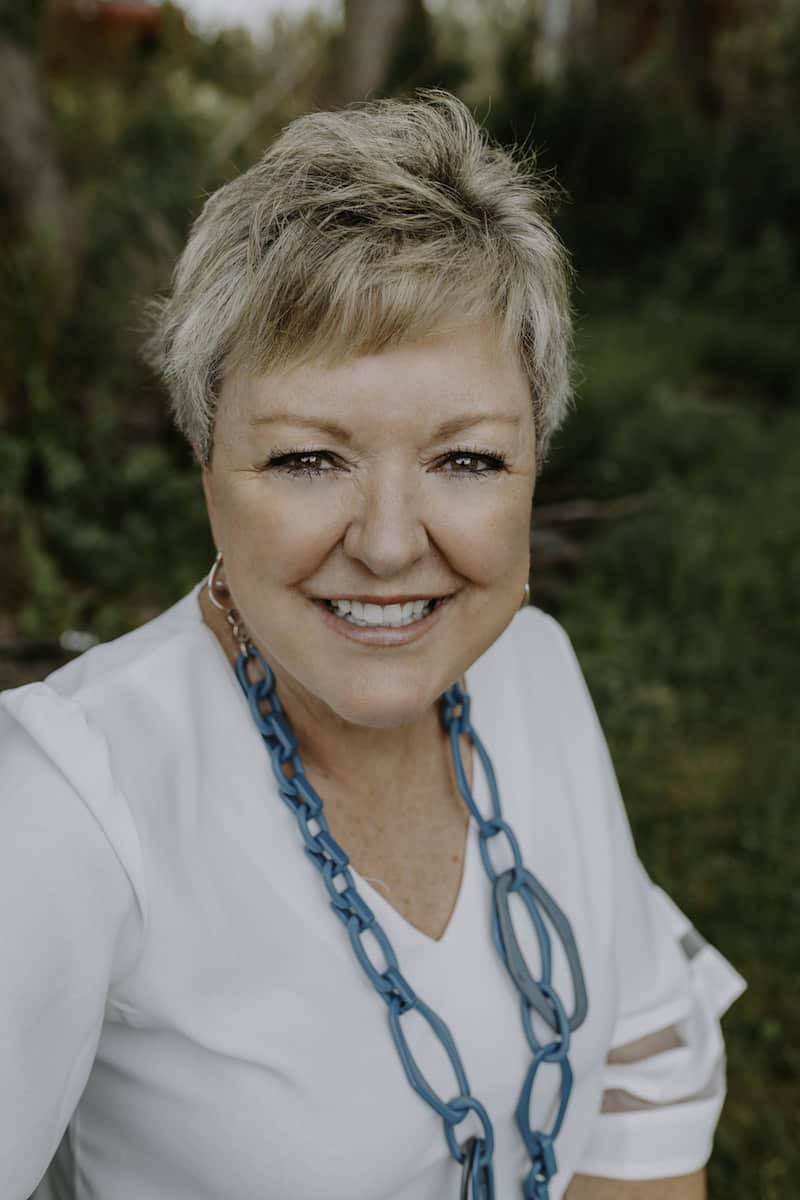 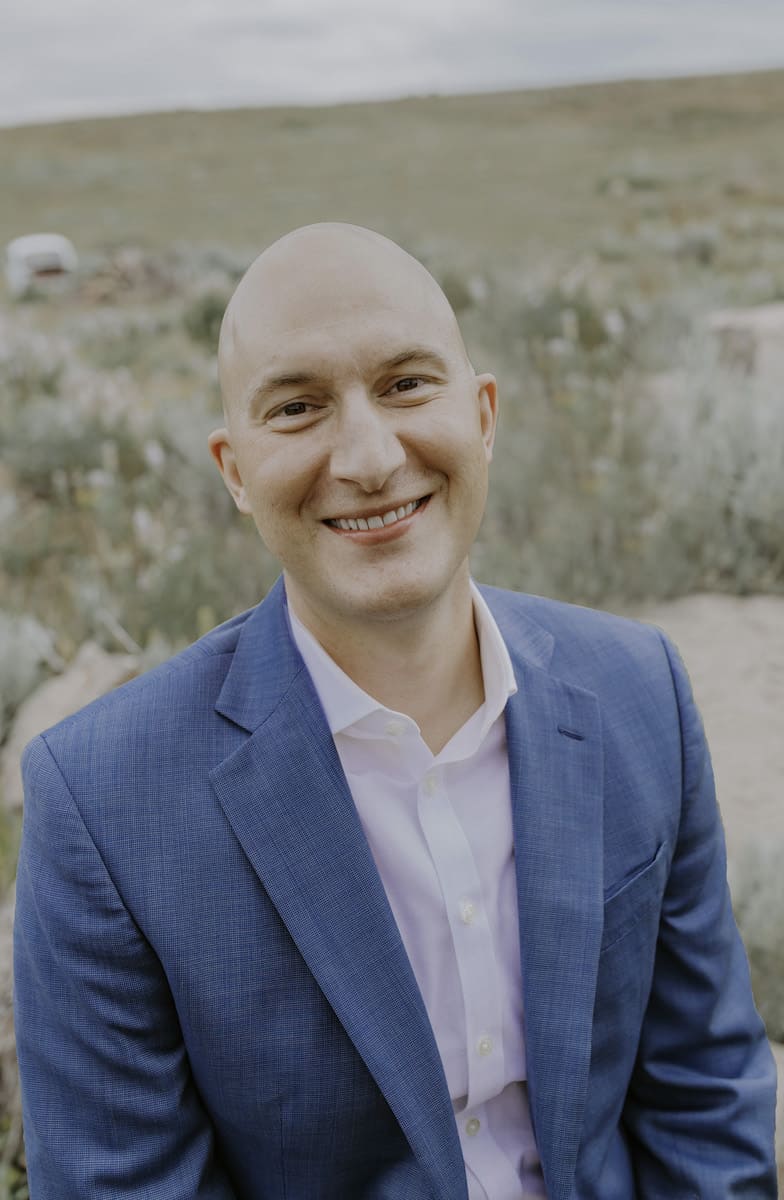 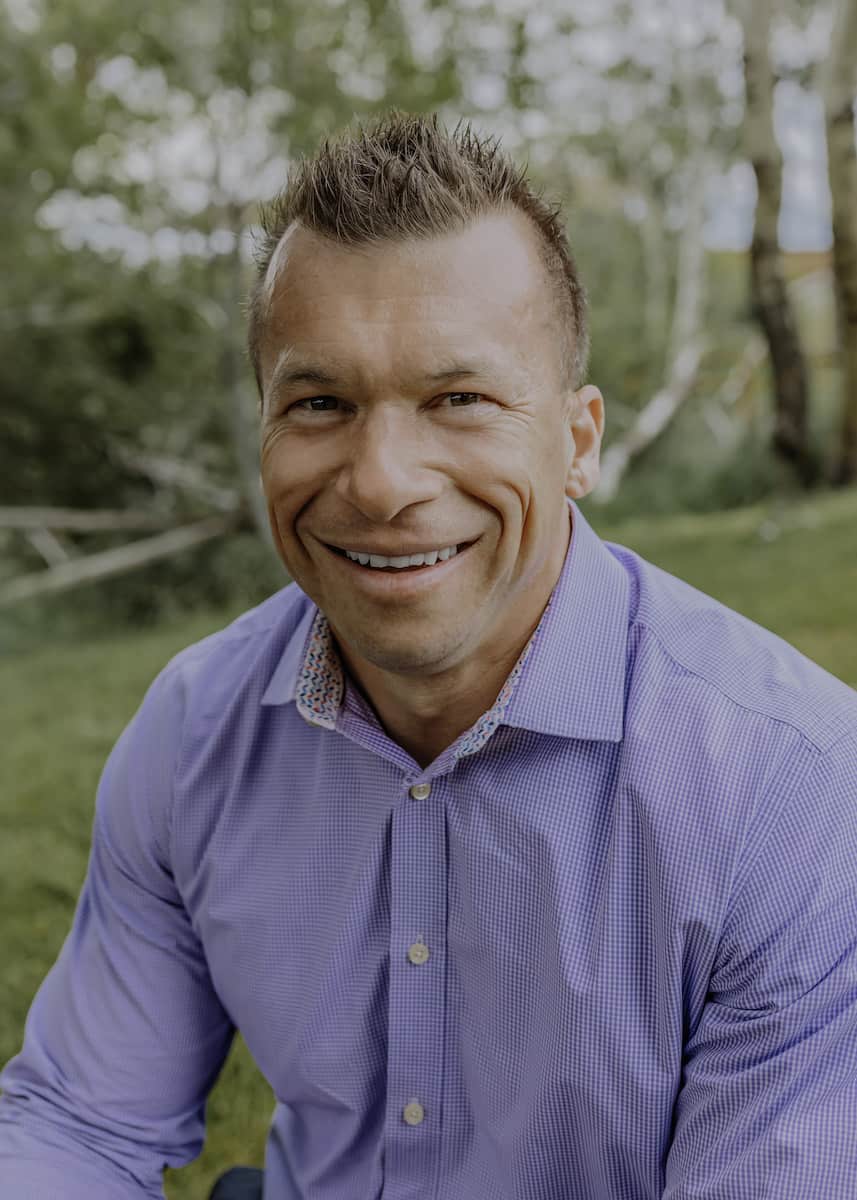 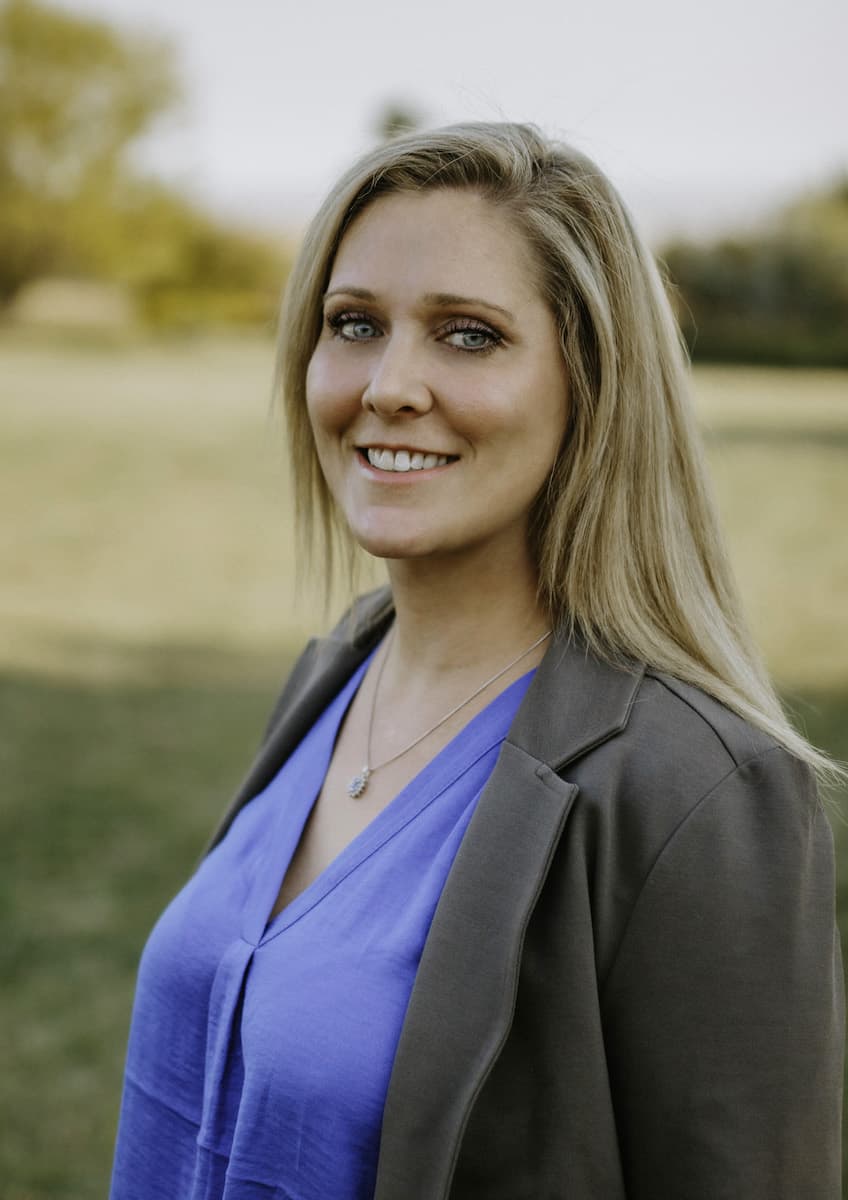 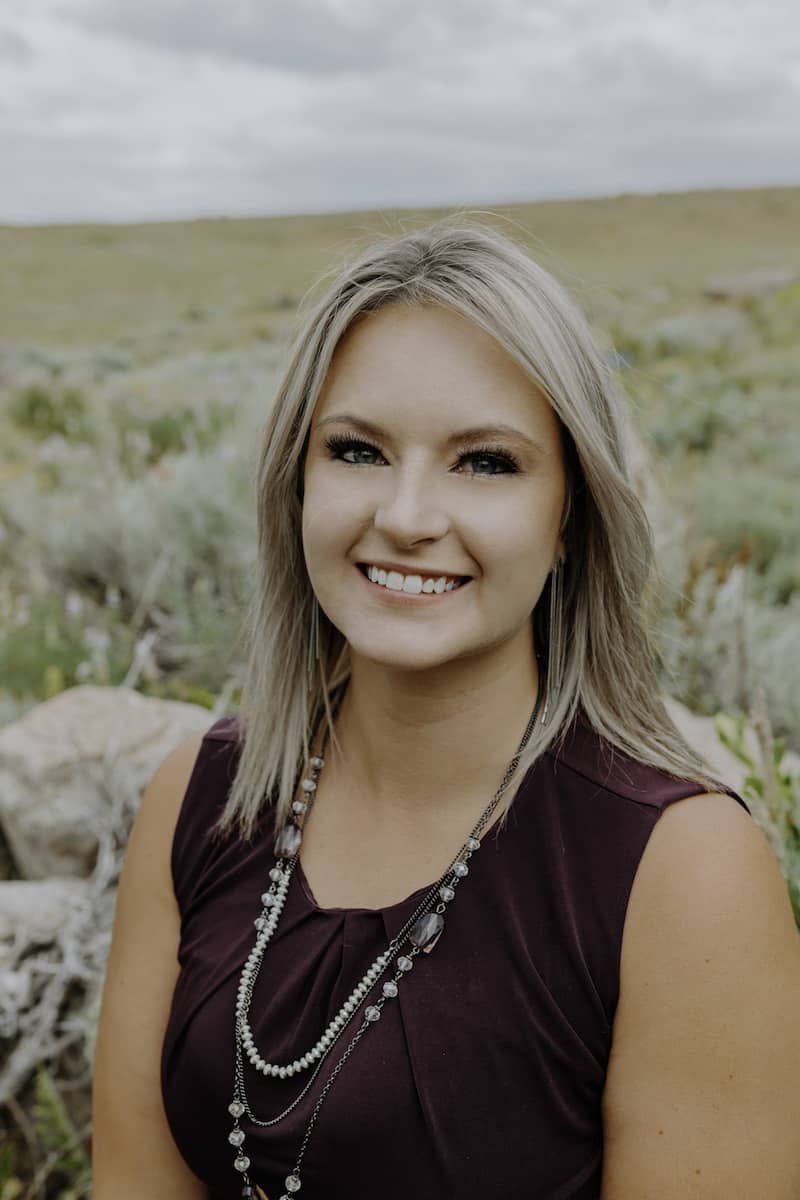 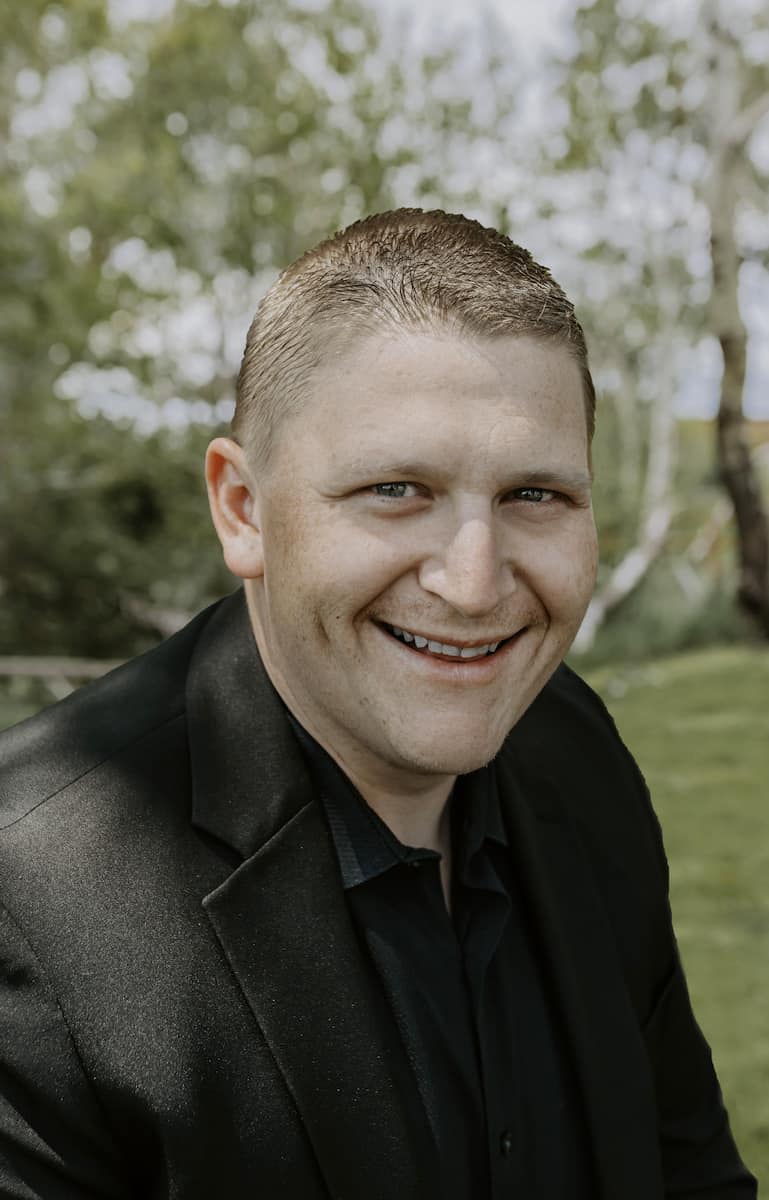 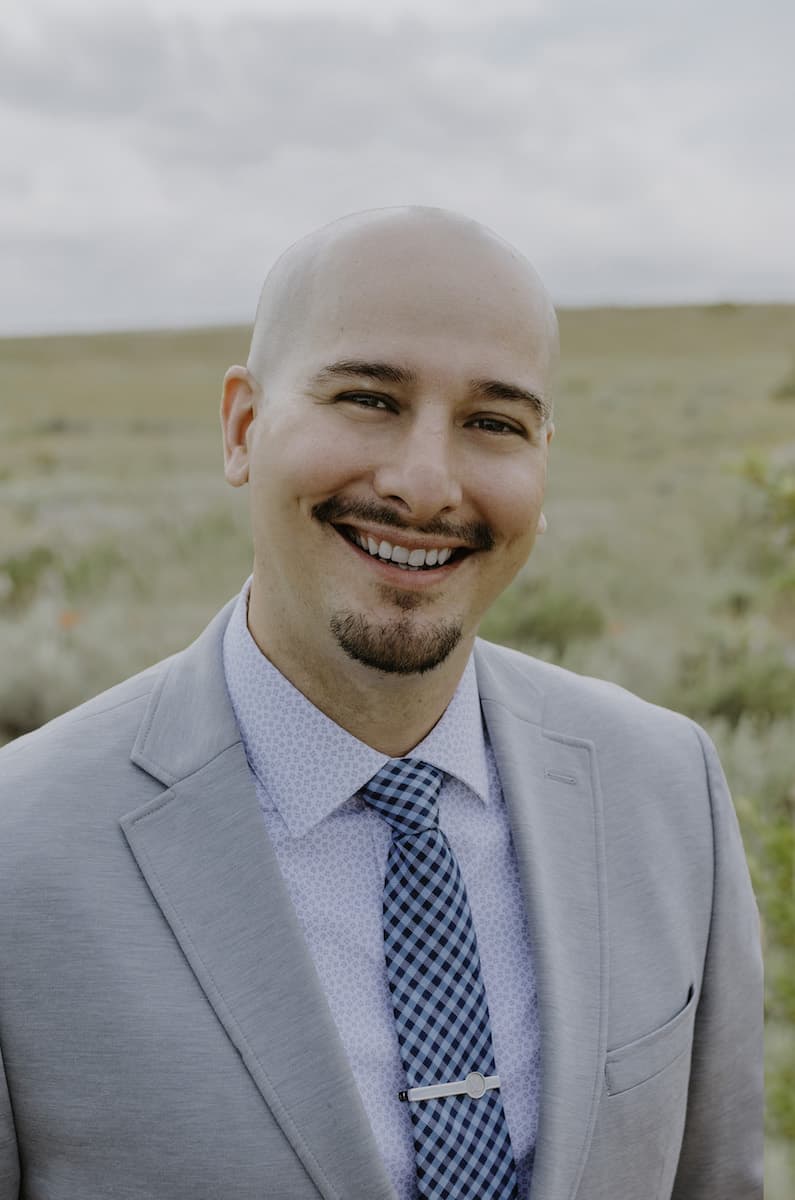 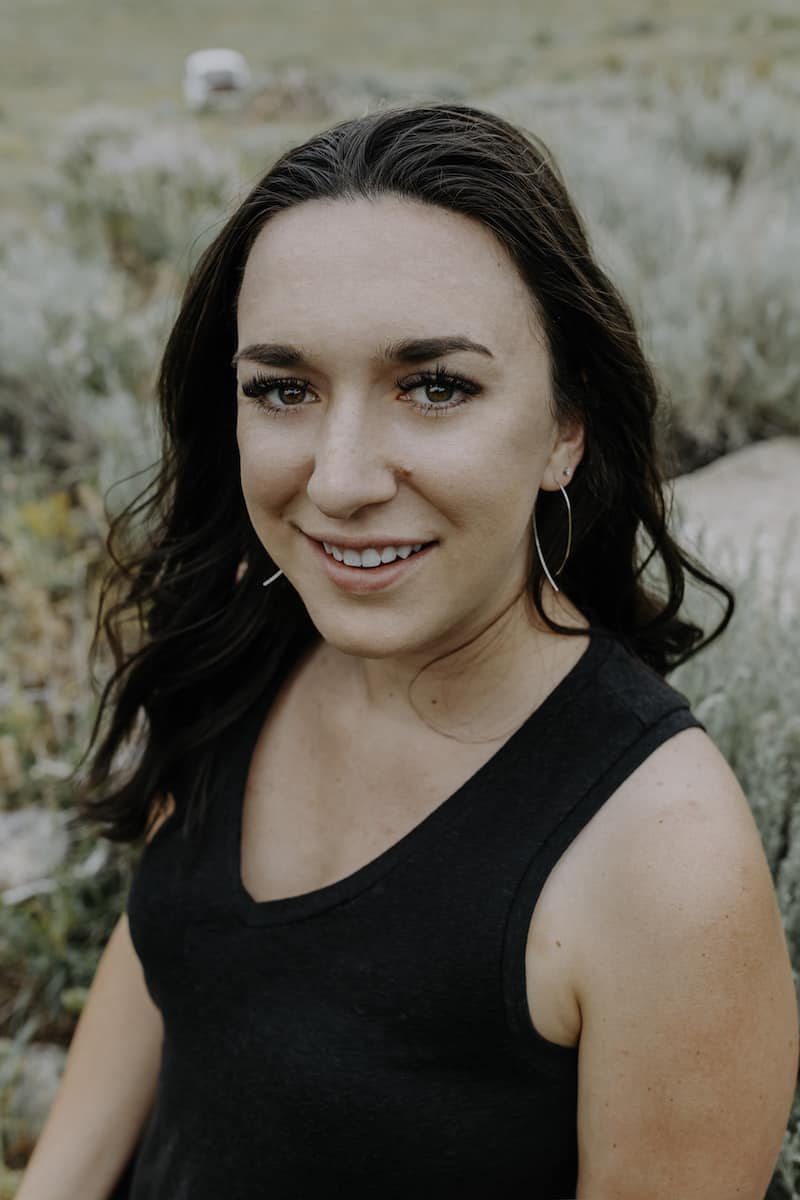 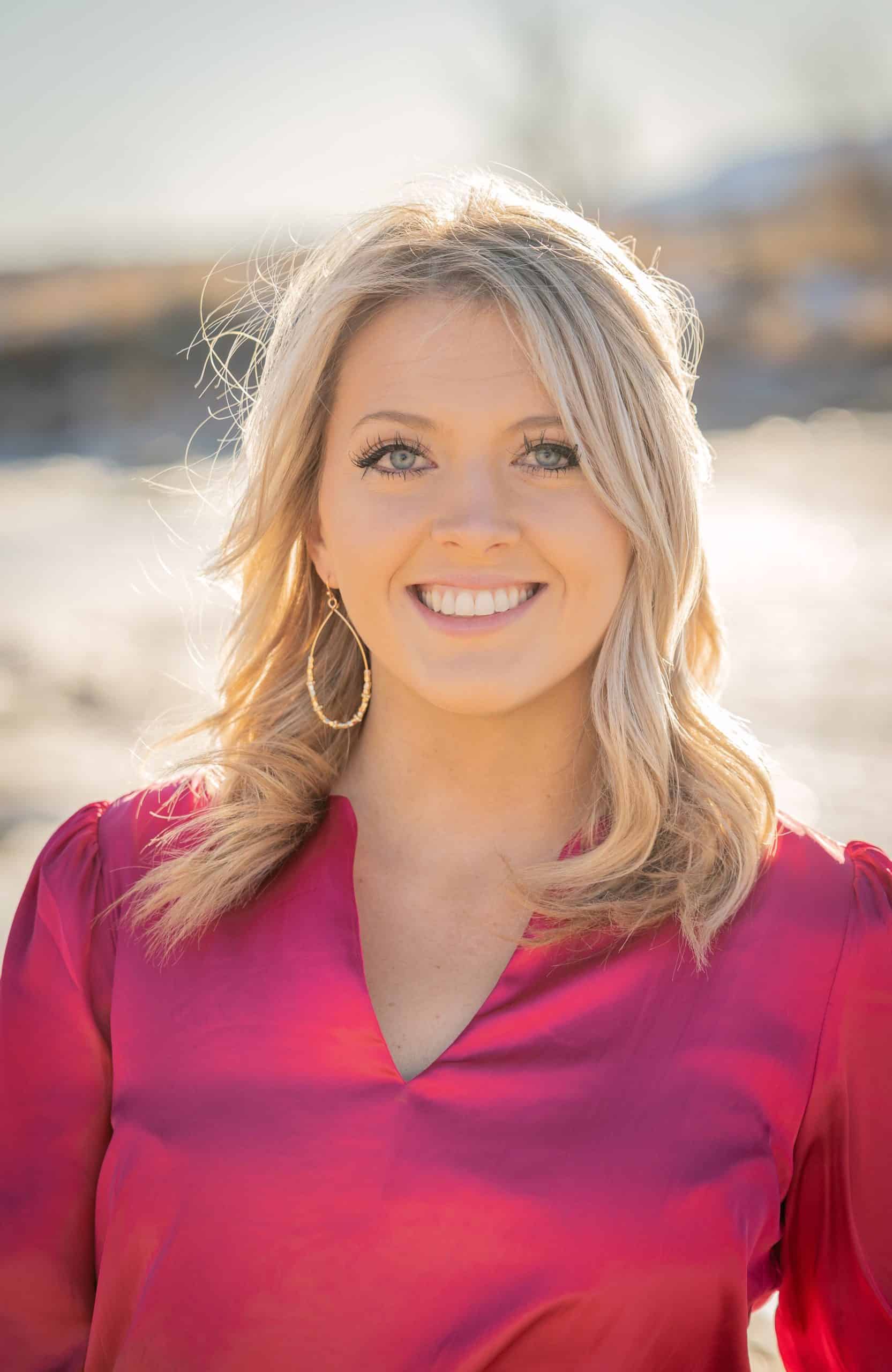 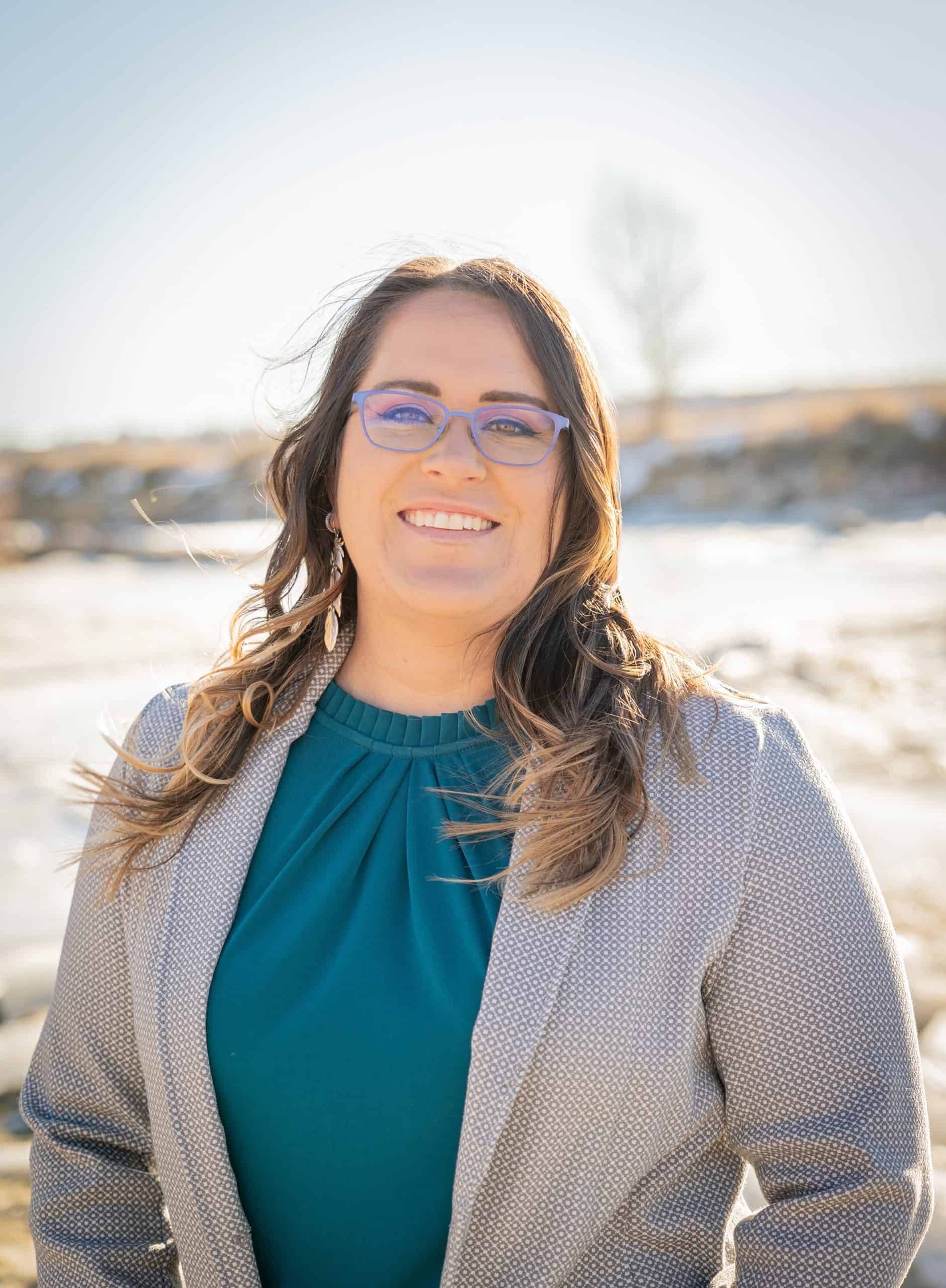 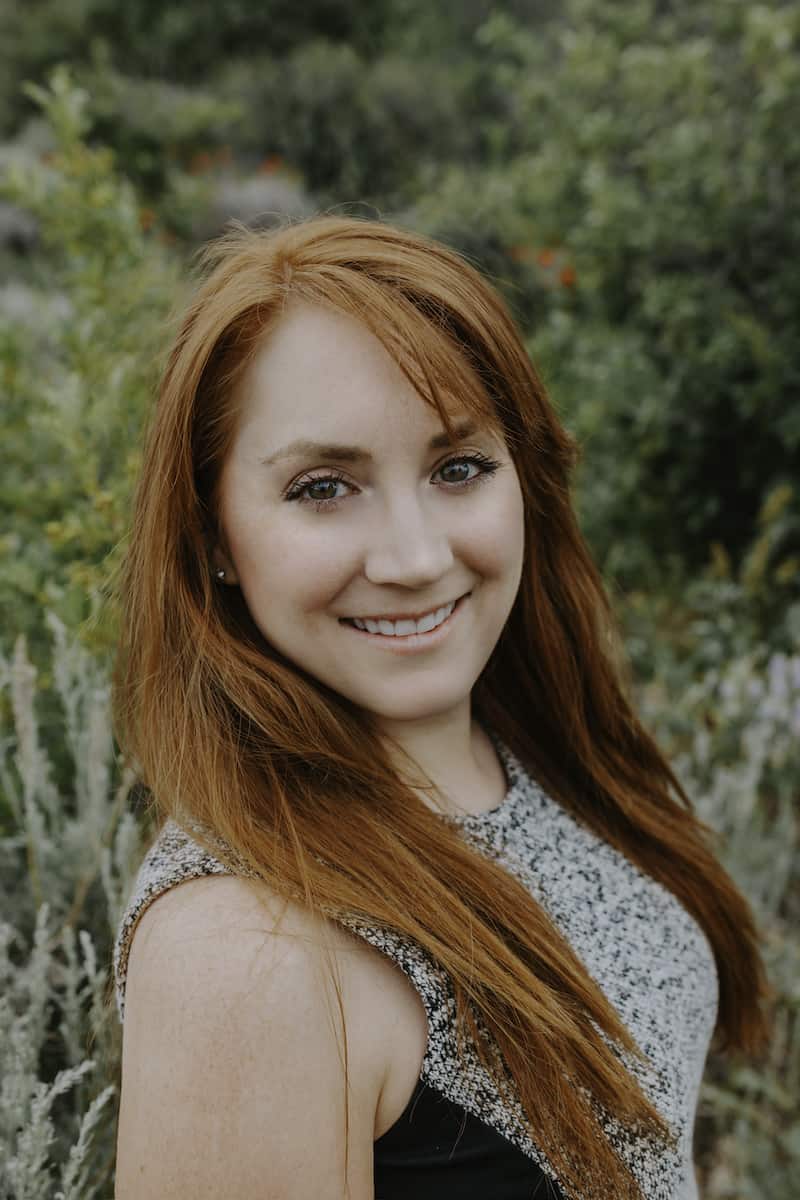 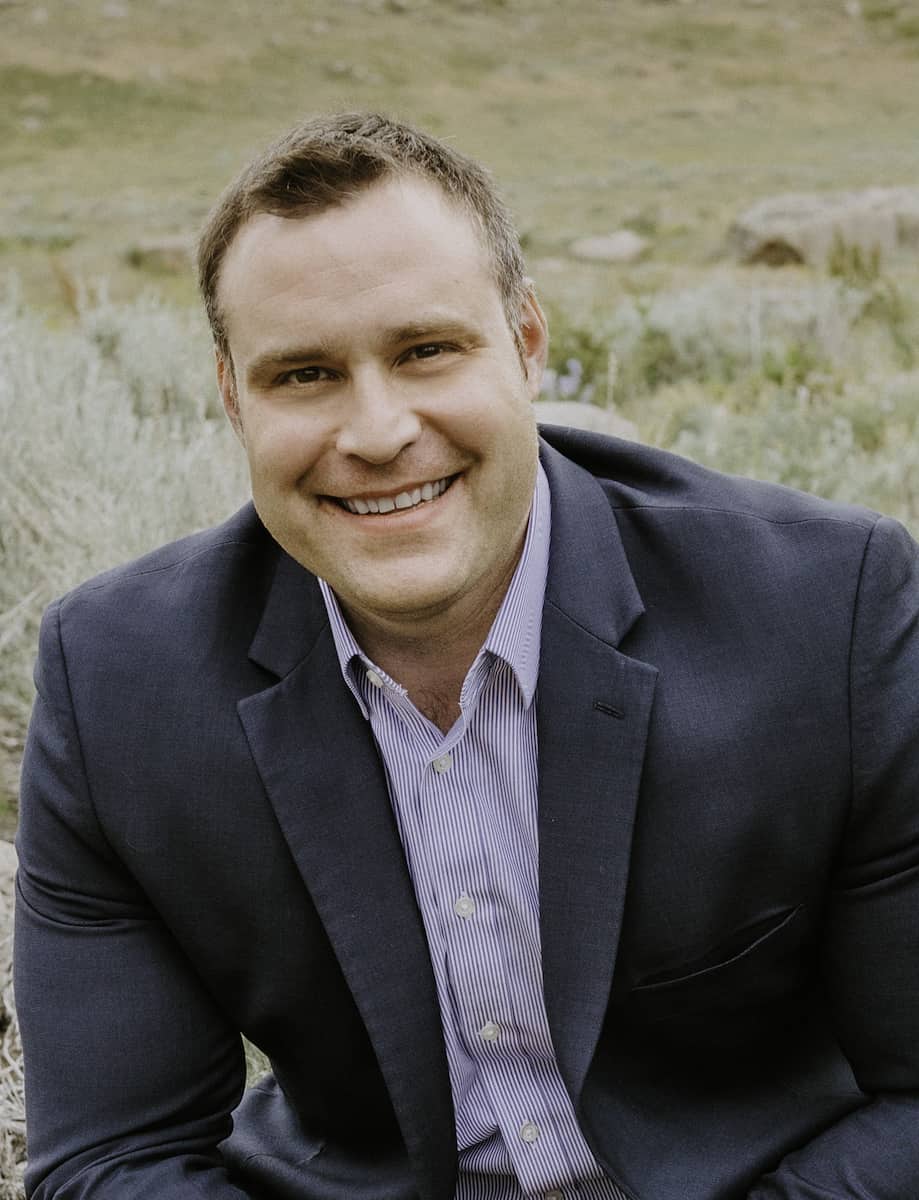 Lisa Burridge began her real estate career at the age of 23 in Evanston, Wyoming, a community of 12,000 people, after having lived there for only six months. Just five years later, while attending her first national franchise convention, Lisa set a goal of being “on the stage” at the next annual convention — a goal that required a minimum of $5 million in production. And the following year that’s exactly where she was with an impressive $6 million in transactions. The next she year was recognized as the #2 overall agent nationally in the ERA system. From 1993 to 1998 Lisa, with her husband Tim, owned and operated a RE/MAX franchise that maintained between 49% and 68% residential market share in Evanston. She also qualified for the RE/MAX Hall of Fame in just 34 months.

In 2001, Lisa decided to start over in a new market: Casper, Wyoming. Beginning on February 1, 2001, Lisa opened Lisa Burridge & Associates with zero business and two employees. She completed the year as the top residential producer in the market with 94 closed transactions. Her team now includes expert buyer agents, experienced seller agents and a support staff of 10. When Lisa moved to Casper, she set a goal of closing 100 sides per year in her new market and to date, she has impressively closed more than 10,000 transactions.

In her free time, you can find Lisa spending time with her husband Tim, children Shawn and Erin and her grandchildren Kathleen and Marley. You might also find her flyfishing deep in the waters of Wyoming.

Nat is a Wyoming Native and a proud UW Graduate. He moved to the Casper area in 2011 with his wife, Becca. Nat and Becca have absolutely fallen in love with the Casper community and they consider themselves to be some of Casper’s biggest cheerleaders. If you want to know why they love it so much, feel free to reach out and ask them! They are parents to a beautiful six year old girl, Lydia, and if you find yourself near Grant Street Grocery and see a girl playing in the snow in a swimming suit, it is probably her! Some of Nat’s personal favorites are: Saturday morning breakfast with his ladies, a “SOLD” sign at one of our listings, his 130lb. newfoundland “Cinnamon”, Casper Mountain, Fly fishing, Wyoming summers, David St. Station, spontaneous dance parties, great food with even greater company, and all things outdoors. On the professional front, Nat started in the real estate industry 12 years ago. He has been the Broker at our firm for 6 years and an owner for 4. He feels so fortunate to be part of such an amazing team and is proud of the service we have been able to provide to clients. Nat loves to study, talk, and sell real estate and he looks forward to helping you with any of your real estate needs.

Jason Lewis has been in the Real Estate business for over 11 years. He’s driven by all things Real Estate that empower his clients to have all the tools necessary as they navigate their buying/selling/building home process.

An adventurist at heart, you can find him flying planes, coaching CrossFit classes or hanging with his lovely wife, Courtney.

Abby has lived in Wyoming since the age of 10, and as a University of Wyoming graduate, she is proud to call Wyoming home. She and her husband, Clint, are proud parents of two amazing kids. Their family loves to spend time together enjoying the many outdoor activities that the beautiful state of Wyoming has to offer. Abby’s personal hobbies include coaching figure skating to both adults and children, raising and showing 4-H animals with her kids, and attending all of the great community events here in Casper. Abby has a true desire to help people find what they are looking for in their next home and she looks forward to helping you with all your real estate needs.

Allison was born and raised in Casper and has lived here since – she is prideful of her long standing residency in the beautiful state of Wyoming. If you know Allison, then you know she holds herself to a high standard of being passionate, dedicated and a fierce agent fighting for her buyer’s wants and needs. When she is not helping people find their forever home, Allison can be found playing with her doggos: a sweet German Shepherd named Maia and a Tiny Mini Weiner named Mavis. She loves traveling, hiking, or playing golf in any new place she visits. Allison is beyond eager to help you in your home search and she looks forward to the time you will get to spend together!

As a Casper native, Colton has been passionate about real estate since his early years. At just 18 years old, he started flipping houses while working as a mechanic. After a successful career as the head field mechanic for Cloud Peak Energy, Colton decided to take on real estate full time. By the end of his second year, he had managed to consistently rank top in his field. The most important thing Colten wants his clients to know is the ease and simplicity of actually buying or selling your home. Though it can seem daunting, it’s a smooth move when you are equipped with an agent who truly understands real estate. Colton is married to the love of his life, Brittney, and together they have two kids, Braxton & Skylar. In his free time, Colten is an adrenaline junky who likes to throw himself out of planes, swim with sharks, or race motorbikes.

As a born and raised Casper native, EJ has grown up appreciating all the things Wyoming has to offer: the gorgeous scenery, plentiful outdoor activities, and the amazing people that make up this community. EJ and his wife, Taylor, couldn’t think of a better spot to raise their children where they can enjoy the fly fishing, camping, kayaking, golf, and sunny lake time fun that Wyoming provides. EJ has always had a passion for helping others. After spending many years in management, EJ decided to pursue his dream career in real estate. He loves getting to know each of his clients and will stop at nothing short of making sure the buying process is smooth and enjoyable as you search for your next home here in big beautiful Wyoming!

Erin Burridge is a native of Wyoming with real estate roots spanning three generations. After graduating from the University of Wyoming, Erin moved back to Casper to begin her real estate career where she’s had the privilege of working alongside some of the most knowledgeable and experienced real estate professionals in the field. This, combined with her intimate knowledge of her home state, makes Erin a recognizable force in the real estate industry. Erin’s goal is to produce a superior level of representation and a specialized, catered experience for all her clients. Outside the office, you can find Erin enjoying the beautiful outdoors of Wyoming outdoors with her husband, Tiaan. She is an avid fly fisher and amateur epicure.

Hallie graduated from Drake University in 2017 with degrees in International Relations and Business and was fortunate that her studies and work have allowed her to live all across the world from Egypt to Costa Rica. She treasures the experiences and knowledge that she gained from getting to reside in several corners around the globe. Above all, Hallie is so grateful and excited to be back home in Wyoming. Her love for the west runs deep dating back to the 1800’s when her great, great grandparents headed west to chase down their dreams of land ownership. Present day, her family still enjoys ranching and exploring the outdoors, true to her ancestors. Hallie loves Casper because on one day you can ski down the picturesque snowy mountains, and the next you can be laying in the warm sun by the river. Hallie is proud to be part of the Lisa Burridge & Associates Real Estate team and is eager to assist you through the home buying process! She looks forward to helping you buy your dream home!

Kaytie has spent the majority of her life in the Rockies and loves living near the mountains. Her family is without a doubt her greatest blessing. When she is not at the office, you can find Kaytie helping her husband, Jess, build fence or riding horses with her daughter. Their family enjoys every opportunity to be outdoors in the warmer months, and in the winter, they enjoy crafting, movies, indoor arcades, and staying sheltered from the wild Wyoming wind! Before entering her real estate career, Kaytie worked in customer service and satisfaction which allowed her the opportunity to meet new people. She realized her love for real estate when she was able to combine her drive of helping others and her passion of Wyoming land and property. She strives to provide every client with a smooth, straightforward, and memorable process. She is honored to have the opportunity to help families and make new friends with every home buying or selling experience. Kaytie looks forward to working with you!

Mike is a highly motivated real estate agent originally brought to Wyoming by the energy sector several years ago. Over the years, he has found a passion working directly with
people to meet their needs. To say that Mike thrives off delivering that success, is an understatement – he will stop at nothing short to make sure his clients are taken care of. Mike and his family are grateful to call Casper home and as a war veteran, he cannot thank this community enough for the overwhelming support that has been shown for veterans. When he’s not at the office, you can most likely find Mike outside taking advantage of all the activities Wyoming has to offer. He’s also a huge music buff of all genres. Ask around the office and you’ll soon find out Mike is a very talented guitarist and, if you’re lucky enough, you may even hear him play throughout the office – a true treat! The most important thing to Mike is family. He often thanks God for blessing him with such wonderful people and he truly appreciates every moment they get to enjoy together. As a proud part of the Lisa Burridge and Associates Real Estate team, Mike looks forward to continued service to this area and helping you find your new home!